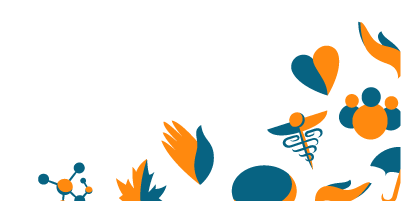 AIDS 2022, the 24th International AIDS Conference, will invite about 350 volunteers to take part in the Volunteer Programme for the in-person component of the conference in Montreal, Canada, from 29 July to 2 August 2022. The success of AIDS 2022 depends heavily on you!

Volunteers are selected based on a demonstrated interest in learning about HIV- and AIDS-related issues, sharing experiences and being inspired by people from different backgrounds or gaining international experience.

Conference volunteers are true stars as not only do they contribute heavily to the spirit and success of the International AIDS conferences, they do so without remuneration or financial support. We appreciate you!

Training and support from the AIDS 2022 volunteer coordinators will be provided before the start of the event.

For the time and effort they dedicate to the AIDS 2022 Volunteer Programme, volunteers will receive:

To apply, volunteers must be:

Applicants will be asked to detail their availability and activity preferences when filling in the AIDS 2022 Volunteer Programme application form.

Applications via email are not accepted.

Before submitting your volunteer application, please check your eligibity and visa requirements to travel to Canada on our immigration page.

If you need to apply for a visa, we strongly encourage you to apply as soon as you receive a schedule proposal from us. If this applies to you, we will ask that you keep us posted on your visa status and confirm your schedule proposal only once your visa has been granted.

Please note, it is the sole responsibility of each volunteer to make their own visa, accommodation and travel arrangements. The IAS is unable to provide financial support to volunteers, nor reimbursements or refunds.

Together we can do so much!

A few words from Julia, volunteer from Brazil

I was two years old when I attended my first conference, the XIV International AIDS Conference in Barcelona in 2002. My dad and I accompanied my mom, an HIV researcher who went to every AIDS Conference. My dad stayed with me when she attended sessions. When I was 10 years old, my dad volunteered for the first time at AIDS 2010 in Vienna. To me, that was inspiring: to work for a cause you believe in and to do it with the brightest energy. In 2015, my mother passed away, and in the grief of losing a loved one, we decided that continuing her legacy and doing our duty as volunteers would be what honoured her the most.

So, at AIDS 2016 in Durban, my sixth conference, I volunteered for the first time with my dad. After that, I couldn’t wait for the next one. The opportunity to meet and get to know people from all around the world and being involved with the most enthusiastic and inspiring volunteers was definitely the best experience of my life. We also volunteered together at IAS 2017 in Paris, AIDS 2018 in Amsterdam and IAS 2019 in Mexico City. We can’t express how much the organizers, delegates and especially the volunteers have changed our lives and continue to do so.

A few words from Joyce, volunteer from South Africa

My first experience as a volunteer was at AIDS 2016 in Durban, in my home country. As a peer educator and teacher attending the South African AIDS Conference in 2015, I saw the need to volunteer to learn about new developments.

I was impressed by the number of volunteers from around the globe who are so passionate about making a change in other people’s lives. As a volunteer, you gain a lot of knowledge by attending sessions before or after your shift. Volunteering also benefits people connected to volunteers as we become more confident about engaging in issues on HIV without fear of discrimination.

I also volunteered at AIDS 2018 in Amsterdam and IAS 2019 in Mexico City. At first in Mexico City, I was scared because of the language barrier and because I was the only South African volunteer, but the love, respect and assistance I have received from fellow volunteers have been beyond my expectations.

In 2018, I even planned my trip so I could attend pre-conference sessions before the main conference.

As a volunteer, I have found new friends who have become part of my family. I strongly recommend that you join the AIDS 2022 Volunteer Programme.

A few words from Brooke, volunteer from the US

I remember the first time I heard of an acquaintance who died because of AIDS. It was in 1981. He was a psychiatric technician at a state hospital for the developmentally disabled. He had previously been an Ice Capades dancer. Back then, this condition wasn’t even called AIDS. It was called GRID, which means gay-related immune deficiency. All that people knew back then was that it was a terrible disease that was killing gay men. In September 1982, the CDC (Center for Disease Control and Prevention) started calling it AIDS. Through the years, I have come into contact with HIV and AIDS in many places, with many friends – both survivors and those who succumbed – and in many contexts. My husband and I rode bicycles from San Francisco to Los Angeles to raise money for AIDS services in California. We served in the Peace Corps in KwaZulu-Natal, South Africa, during the height of an AIDS denialist president and also during the introduction of antiretroviral medication to sub-Saharan Africa. I have been visiting a trans woman living with HIV, an asylum seeker from El Salvador, who is being held at a detention centre outside San Diego, California.

I have seen the sadness, despair, fear, trauma, stigma and death caused by AIDS. But I have also started witnessing the seeds of hope – when treatment started saving lives, when transmission from mother to child has been practically eliminated from this world, when harm reduction strategies help prevent the spread of AIDS in marginalized communities, and when scientific progress is made.

Being a part of the AIDS community as a volunteer at the International AIDS Conferences and IAS Conferences on HIV Science gives me hope for the future. I started volunteering as a session room monitor in Washington DC in 2012. Since then, I have volunteered in Melbourne (2014), Durban (2016), Amsterdam (2018) and Mexico City (2019). This event has become a home for me, and the people I meet up with year after year have become a family. The scientific advances, activism and progress have become a beacon of hope.

The most powerful positive impact of the conference for me is meeting so many wonderful young people who are becoming doctors, researchers, social workers, therapists and other professionals who will be on the frontlines to tackle and eliminate this epidemic. It is their enthusiasm and spirit that keeps me coming back. Please come and join us as a volunteer. You will not regret it!

If you have any questions, please contact the AIDS 2022 Volunteer Programme team at [email protected].

This site uses cookies. By continuing to browse the site, you are agreeing to our use of cookies.

As is common practice with almost all professional websites, this site uses cookies, which are tiny files that are downloaded to your computer, to improve your experience. This page describes what information they gather, how we use it and why we sometimes need to store these cookies. We will also share how you can prevent these cookies from being stored; however, this may downgrade or 'break' certain elements of the sites functionality.

We may request cookies to be set on your device. We use cookies to let us know when you visit our websites, how you interact with us, to enrich your user experience, and to customize your relationship with our website.

Click on the different category headings to find out more. You can also change some of your preferences. Note that blocking some types of cookies may impact your experience on our websites and the services we are able to offer.

These cookies are strictly necessary to provide you with services available through our website and to use some of its features.

Because these cookies are strictly necessary to deliver the website, refusing them will have impact how our site functions. You can always block or delete cookies by changing your browser settings and force blocking all cookies on this website. However, this will always prompt you to accept/refuse cookies when revisiting our site.

We fully respect if you want to refuse cookies but to avoid asking you again and again kindly allow us to store a cookie for that. You are free to opt out any time or opt in for other cookies to get a better experience. If you refuse cookies, we will remove all set cookies in our domain.

We provide you with a list of stored cookies on your computer in our domain so you can check what we stored. Due to security reasons, we are not able to show or modify cookies from other domains. You can check these in your browser security settings.

We also use different external services like Google Webfonts, Google Maps, and external Video providers. Since these providers may collect personal data like your IP address we allow you to block them here. Please be aware that this might heavily reduce the functionality and appearance of our site. Changes will take effect once you reload the page.

Hopefully that has clarified things for you and, as was previously mentioned, if there is something that you are not sure whether you need or not, it is usually safer to leave cookies enabled in case it does interact with one of the features you use on our site.

However if you are still looking for more information, then you can contact us through one of our preferred contact methods: [email protected].